The Council of Beet is a council made of beets that are the main antagonists of the first half of MINECRAFT EPIC Season 2, and the messiahs of Rödbetaism.

The first real interaction of the council was in episode 34 of the series MINECRAFT EPIC, in the episode it was shown that the council is acting as a lord to Felix, as he calls them "My Lord".

The first order of the council was to sacrifice a bunch of beets that they ordered PewDiePie to plant, showing a cannibalism side of them that Felix was quick to point out.

The second-order they requested from Felix is to bring a sheep and name it; that sheep was Jim. Later, the council ordered Felix to "entertain" Jim, which resulted in Jim's death as another sacrifice to the council. As a gift for doing what they ordered, the council gave PewDiePie a dolphin, which he named Flip Flop, and ordered him to build the world's first dolphin rollercoaster, which Felix successfully did; he then thought that the council was good, but their next order changed everything.

They ordered PewDiePie to kill Flip Flop as a sacrifice, a thing that he couldn't do, and he refused. The Council of Beet went mad, trying to scare Felix, and then a gap opened in the floor of the church and Felix went down a dark corridor where he discovered, sitting in a minecart throne - presumably feathered nemesis Feigi, previously presumed deceased. Actually, this was later confirmed to be Feigii, Feigi's twin brother, and he wasn't controlling the council, he was actually a prisoner of the council.

In Episode 35, The Council of Beet demanded PewDiePie to frick a creeper, in which he attempted 17 times. The council asked him constantly to continue creating more mechanisms to frick the creepers. After this, the council demanded Felix Blow up the old IKEA Tower. Felix obeyed and filled the first floor of the tower with TNT, however, he soon discovered his previously missing pets, Sven, Svenson, Bengt, and Joergen #3 hiding underneath the old tower. Felix soon found out that the four pets were told by the council of beet to stay under the tower; they had planned for Felix to Blow up not only the tower but unknowingly, the pets as well. After finding this out, Felix discovered a member of the Council of Beet, the Beet Assassin, had activated the TNT in the tower, and as everything exploded, thus initiating the Ikea Tower explosion.

In Episode 37, The council is finally killed by Felix, ending their regime, and Rödbetaism . 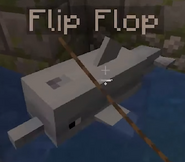 Council of beetroots gift after Pewds successfully completed their quest 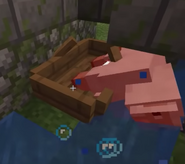 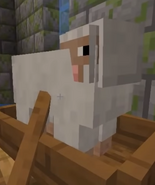 Pewds sacrificial sheep about to be sacrificed

Feigii at the end of a dark corridor under the church

Pewds taking Flip Flop outside for a swim 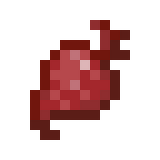 The council of beet(roots), the devil himself

The council of beetroots afar
Add a photo to this gallery

Retrieved from "https://pewdiepie.fandom.com/wiki/Council_of_Beet?oldid=74887"
Community content is available under CC-BY-SA unless otherwise noted.