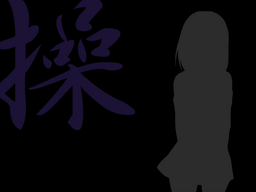 Misao is a free Japanese horror adventure video game that was developed by Sen, who also created Mad Father. It was released on May 26, 2011. It was translated into English by vgperson on January 22, 2013.

Pewdelia is a student at a school where her female classmate, Misao, mysteriously disappeared three months ago, and is believed to be dead. She begins to hear Misao's voice calling for her help. Pewdelia's classmates blame a string of supernatural events on what they call "Misao's curse." After an earthquake shakes the school and all students as well as Pewdelia's homeroom teacher—Mr. Sohta—are forced into another dimension haunted by monsters and ghosts, Pewdelia must solve the mystery behind Misao's disappearance.

Retrieved from "https://pewdiepie.fandom.com/wiki/Misao_(video_game)?oldid=54672"
Community content is available under CC-BY-SA unless otherwise noted.