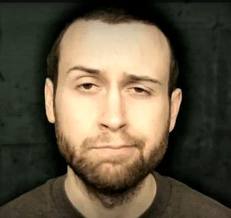 Adam "Seananners" Montoya is an American YouTube personality. He is mostly famous for his Trouble in Terrorist Town series which runs even today.

Someone re-edit this page it's empty. Thank you

Seananners mostly plays with his best friend Hutch, friends, Mr Sark, Gassy Mexican, AllShamNoWow, Goldy, Renee, Juicetra and ChilledChaos but from recently he played with PewDiePie, Tom Syndicate, CinnamonToastKen and TheRPGMinx, goofing around, often resulting in funny accidents and conversations. One of these occasions is TTT, in which everyone except Pewdie was a traitor, as Nanners rigged it for most of them to be traitors, they surrounded Pewdie and mercilessly massacred him with MAC-10's and MG's and then suiciding all of the traitors via a Jihad Bomb. Due to his cheekiness, he earned a nickname: "Never trust Nanners" or # NTN for short. He is also an expert in Garry's Mod's Prop Hunt mode, often evading players with maximum exposure as shown on his channel.

Retrieved from "https://pewdiepie.fandom.com/wiki/Seananners?oldid=46392"
Community content is available under CC-BY-SA unless otherwise noted.